Gravestone Maker：A memorial to the burial place of the dead, usually made of stone, but also made of wood, metal and other materials。

Human burial of the dead to do a memorial carrier, generally made of stone materials, but also use wood, metal materials and other materials, ancient China "grave and not grave", only in the underground burial, the surface of the tree signs.Then gradually there was the grave with the earth piled on the ground, and then there was the gravestone.Tombstone inscription generally engraved with the name of the deceased, native place, achievements, date of death and the name of the monument and the relationship with the deceased, write the inscription should be full of respect and feelings of the deceased.

Tombstone, including tombstones ontology, described in the tomb of the ontology upper end fixed a video player, video player stated on a usb port, memory card interface trough, on a button, the a button, the volume set, pause and switch, described on the tombstone ontology sets groove of device, described device groove is fixed at the bottom of the connection machine, described the motor output shaft end fixed connection with threaded rod, described on the threaded rod has reciprocating screw thread connection, described the sidewalls of the reciprocating screw fixed plate is fixed connection, described device groove is fixed at the bottom of the connection of electric telescopic rod, described the electric telescopic rod telescopic fixed connection have a slider,The upper end of the slide bar is fixedly connected with a baffle plate, and the slide link on the slide bar is provided with a first slide block.The structure design of the invention is reasonable, and the ancestors can be remembered by looking at video. At the same time, the solar panel can charge the rechargeable battery to avoid changing the battery. 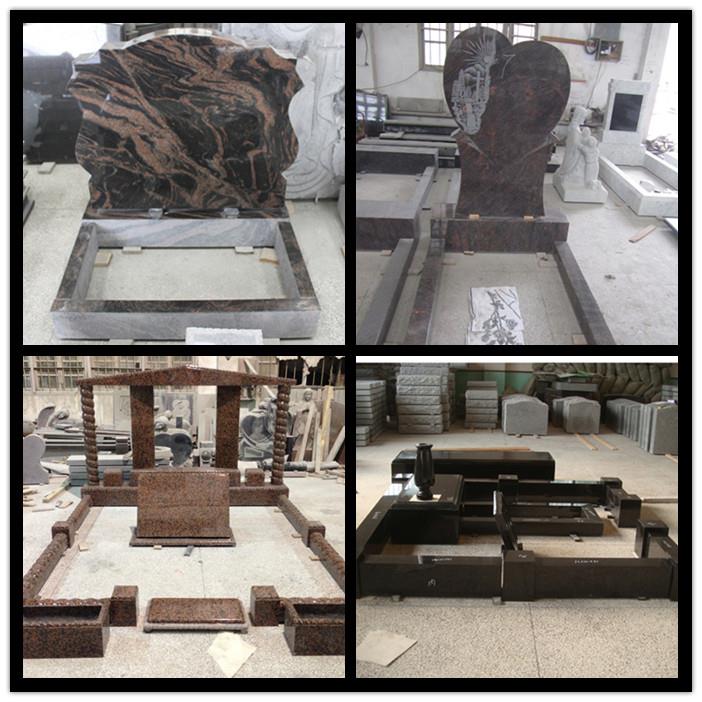